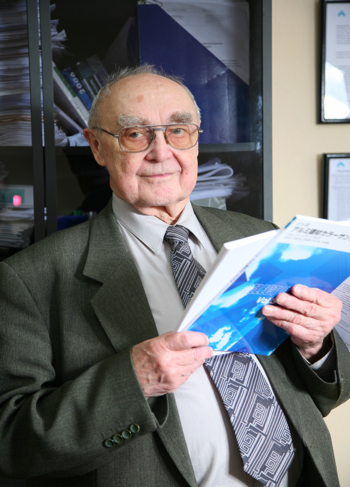 Lev Alexandrovich Knyazkov started his career in March 1948 as a miner of Intaugol amalgamation of Komi Autonomous Republic. On his arrival to Yaroslavl in 1955 he started to work as a designer, then - as a chief constructor of machine building plant Proletarskaya Sloboda.

In 1959 he was transferred to designing division of Yaroslavl branch of Rezinopoject Institute. Due to his abilities shortly he was appointed the head of the division and then – deputy chief engineer. In 1966 he started to work as a chief engineer of the branch.

In 1968 Lev Knyazkov was appointed the director of Yaroslavl branch of Rezinopoject Institute (in June 1990 the Institute was given a name Giprorezinjasbotechnika of the Ministry of Chemical and Oil Industry of the USSR), where he worked until his retirement in 1993.

During the work in the institute huge amount of designing works on the development of domestic tire and rubber-asbestos industry was performed under the leadership and with direct participation of Lev Knyazkov. The Institute performed designing of plants of those industries on the whole territory of the Soviet Union. In 1975 Lev Knyazkov was awarded the Premium of the Council of Minsiters of the Soviet Union for the development of a project and construction of Volgograd plant of technical carbon.

Lev Knyazkov was a rationalizer. He possessed several certificates of authorship for his inventions. He was awarded with the bronze medal of the Exhibition of the National Economy of the USSR.

For his multiannual conscientious work he was more than once awarded by Minneftechimprom of the USSR. Lev Knayzkov was conferred the honorary title “Honored chemist of RSFSR”. He was also awarded with the Order of the Red Banner of Labor and given medals.

Lev Knyazkov was unable to be at deserved rest for a long time and since February 1994 he started to work in Yaroslavl Interregional State Scientific-Productive Enterprise of Cadasters of Natural Resources as a researcher, senior researcher, deputy General Director.

Having worked in the Cadaster Lev Knyazkov participated in research and practical works aimed at improving the systems of environment protection and sustainable use of natural resources of Yaroslavl Region.

Lev Knyazkov leaded creative team on the development of the Atlas of automobile roads of Yaroslavl Region; participated in compilation of a map of natural and cultural heritage of Yaroslavl Region. He provided valuable input in the development of socially and environmentally important projects on sustainable development of Tolga Nunnery of the Feast of the Presentation of the Blessed Virgin and increasing of its natural-esthetic attractiveness; project on utilization of acid tars at oil refinery named after Mendeleev.

In the year 2000 Lev Knyazkov passed on to the Autonomus non-commercial organization Institute of Natural Resource Economics and Accounting “Cadaster” (since November 2005 it was reorganized into Research and Designing Cadaster Institute) to work as deputy director — chief engineer. His responsibilities included provision of environmental safety of population, one of the most topical problems for everybody. Lev Knyazkov presided numerous important projects, including:

— the development of a draft sanitary zone of the Southern Industrial Hub of Yaroslavl — 60 enterprises that emit thousands tons of more than 150 pollutants into the atmosphere. And immediate continuation — designing of a sanitary zone of the Northern Industrial Hub with its giant industrial complexes — motor plant, tire plant, rubber plant... It meant thousands of control measurements a year, complex calculations of environmental impact.

— Cadaster was an active participants of designing, construction and setting in operation of Komatsu — the plant for construction of excavators built by Japanese investors according to modern technologies. In order to address that complicated issue it took less than two years, and Lev Knyazkov with the staff of Cadaster Institute put his experience and endeavor in it;
— environmental support for activities of big industrial objects of Yaroslavl and Yaroslavl Region. 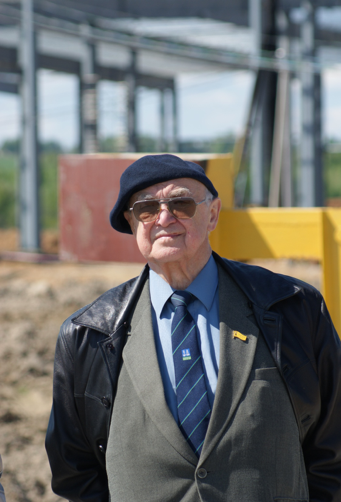 Lev Knyazkov was a member of the council on the development of a Programme of socio-economic development of Yaroslavl Region until the year of 2010. He took  part in the meetings of the council providing important proposals in the interests of the region and its residents. Beside this, Lev Knyazkov was a chairman of Yaroslavl association of victims of political repressions of Yaroslavl that unites about fifteen hundreds of participants. Since 1999 the project “Not to bury in oblivion” (publication of the “Book of memory”, web-site) was implemented with his participation. 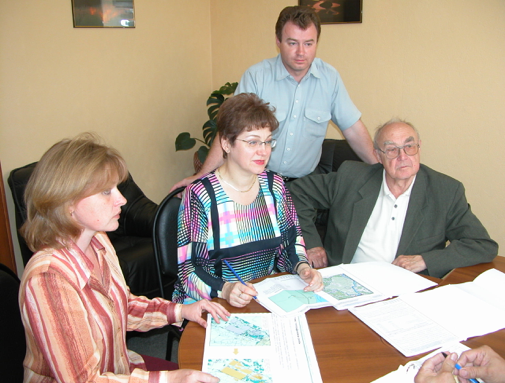 For his fruitful work Lev Knyazkov was given diplomas of the Governor of Yaroslavl Region and City Hall of Yaroslavl:

Lev Knyazkov devoted his life to serving the interests of the society and greatly contributed to the development of Yaroslavl Region providing for its economic and social well-being. He also greatly contributed to the development of chemical industry of the country, made pioneer research of environment protection system of the region — trained young specialists, developed legislative acts and regulations.

Such people as Lev Knyazkov amaze with a combination of importanat human qualities: intestinal fortitude, talent, versatility of character. In the memory of people he will always be a real professional, courageous, honest and principled person.