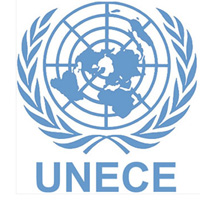 The representatives of The European Environment Agency, Organization for Economic Co-operation and Development, United Nations Environment Programme, United Nations Statistic Division were involved in the work of the Task Force. Among the participants were environment and statistics experts from Italy, Switzerland, Austria, Serbia, Bosnia and Herzegovina, Armenia, Georgia etc.
Joint Task Force on Environmental Statistics and Indicators assists the countries of Eastern and South-Eastern Europe, the Caucasus and Central Asia in their efforts to: correctly apply the Shared Environmental Information System (SEIS) data methodologies in line with statistical standards; analyse and communicate environmental data; implement the System of Environmental-Economic Accounting (SEEA); and apply environmental indicators in the context of sustainable development and green economy initiatives. The Joint Task Force also assists the Working Group on Environmental Monitoring and Assessment (WGEMA) in evaluating the application of internationally accepted methodologies and statistical standards in SEIS data production.
The review of the progress made since the 12th session, the discussion of the data quality in Shared Environmental Information System (SEIS) reporting, the coordination of the proposals of revision of biodiversity indicators took place during the sessions of 13th joint task force. The members of the task force presented national examples of energy data coordination and exchange among relevant government agencies, considered different approaches that took into account interrelation chains within which energy challenges would be considered in connection with other sectors such as agriculture, forest and water management. The participants were informed about the work of Task Force on Waste Statistics that has been recently created under the auspices of the Bureau of the Conference of European Statisticians; about the UNSD/UN pilot questionnaire on e-waste that was sent to chosen countries in March 2017 and about preliminary results of the survey.
Back to the list
© 2020, Research Institute «Cadaster»
Developed by – Interactive Sky